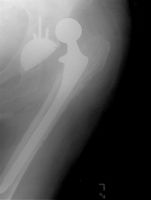 July 25, 2012 - A new study has identified a disturbing trend of heart attacks among patients who undergo hip or knee replacement procedures, particularly in the days and weeks immediately following surgery. The heart attack risk was found to be some 30 times higher during the first two weeks after the operation, raising questions about what - if anything - doctors may be able to do to reduce the danger of hip and knee hip implant surgeries. In addition to the heart attack concerns, a large number of prosthetic knee and hip implant devices have recently been linked to premature failure, metal poisoning (metallosis), and other adverse complications.

Metal-on-Metal Hip Implant Update 1/17/13: The U.S. Food & Drug Administration (FDA) issued a press release today informing the public and medical communities of new safety recommendations for metal-on-metal artificial hip implants. The updated warning is based on the administration’s cumulative assessment of the risks associated with metal-on-metal hip devices, and focuses on the commonly-reported complication of metal poisoning.

Free Artificial Knee / Hip Replacement Lawsuit Evaluation: If you or a loved one has suffered a serious injury after being implanted with a prosthetic knee or hip, you should contact our law firm immediately. You may be entitled to compensation by filing a suit against the manufacturer of the device and we can help.

For years, experts have suggested that the risks associated with anesthesia and surgery are the likely causes of heart attacks among individuals who undergo hip and knee implant procedures, particularly if they are older patients. However, this assumption was largely speculation, as there was little solid evidence backing the claim... until now.

The new study, which was published this week in an online edition of the Archives of Internal Medicine, analyzed data from Danish registries for all patients who were implanted with primary total hip or knee replacement devices between 1998 and 2007. In all, the researchers identified nearly 100,000 such patients who were then compared to a control group from the general population.

For a period of six weeks after surgery, the study found that knee and hip recipients were at a significantly increased risk of myocardial infarction (MI) - also known as heart attack - with the highest risk occurring within the first two weeks after implantation. Patients over the age of 80 were at the greatest risk, while those under 60 had little if any increased risk. Overall, the risk of MI was 31 times that of normal in the first two weeks after undergoing surgery.

Although the new research failed to establish a definitive cause-and-effect relationship between heart attacks and knee or hip replacement devices, the study’s authors speculated that the procedures themselves may place recipients at an increased risk for complications. Blood clots can form when hip or knee bones are cut into, and blood loss or oxygen depravation may also occur following surgery. The researchers cautioned physicians to carefully consider the heart health of patients prior to undergoing replacement surgery, and to determine whether subsequent monitoring will be necessary following the procedure.

Click on the links below if you’d like additional information on these topics from Schmidt & Clark, LLP:

Do You Have an Artificial Knee or Hip Replacement Lawsuit?

The Medical Device Litigation Group at our law firm is an experienced team of trial lawyers that focus on the representation of plaintiffs in artificial knee and hip replacement lawsuits. We are handling individual litigation nationwide and currently accepting new injury cases in all 50 states.

Free Artificial Knee / Hip Replacement Lawsuit Evaluation: If you or a loved one suffered a serious injury after being implanted with a prosthetic knee or hip, you should contact our law firm immediately. You may be entitled to compensation by filing an artificial knee or hip injury suit and we can help.